What is an oscilloscope? 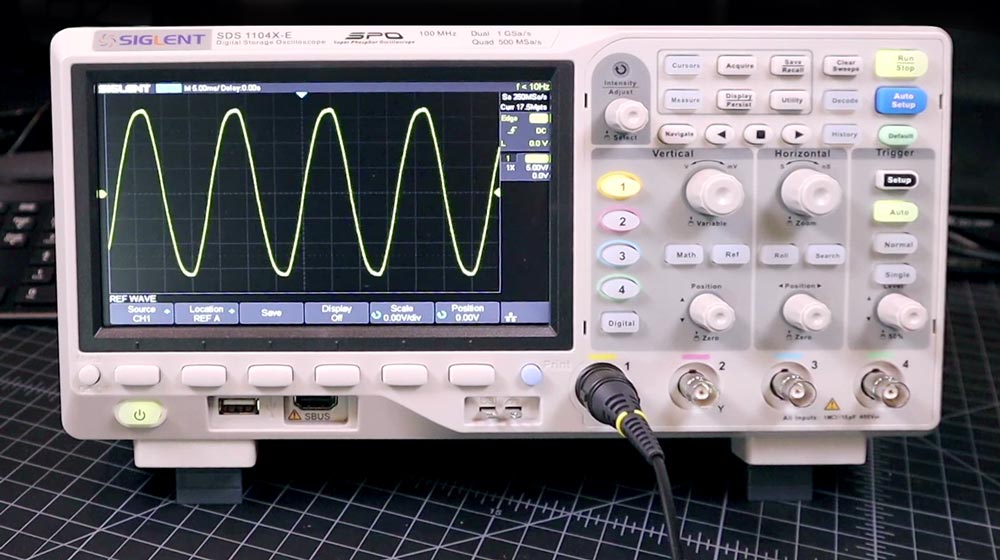 When you have circuits that have continuous voltages, a multimeter is a tool that’s used to measure a single number for the voltages. However, this becomes very redundant when you start working with more complex circuits. This is where an oscilloscope proves to be very handy. But what is an oscilloscope?

An oscilloscope is a device that displays graphs of an electrical signal. The device allows you to see how voltages change over time; these voltages are also known as signals and used to convey information like how an audio signal plays music on a loudspeaker – the X-axis (horizontal) represents time and the Y-axis (vertical) represents voltage. At times, there is also a Z-axis that signifies the brightness or intensity of the display. In the case of DPO oscilloscopes, the Z-axis represents the display’s color grading.

With the help of this graph, you will be able to determine whether the behavior of your circuits are working normally and also locate any problems like unwanted signals known as noise.

There are two primary types of oscilloscopes – analog and digital devices. As the name suggests, an analog oscilloscope will make use of high-gain amplifiers to display the waveform on a green cathode ray tube or CRT screen. In simpler terms, analog oscilloscopes are the older models of the device that was first developed in the 1940s. 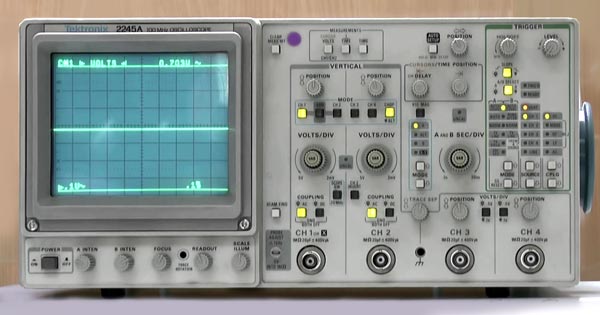 An analog oscilloscope is fitted with a CRT module, a time base, a trigger system, a horizontal channel, and one of the many vertical channels; the vertical channel includes an analog delay line, a pre-amplifier, an attenuator, and the vertical amplifier that will amplify the signal to the required level for the CRT model.

On the other hand, the horizontal channels are fitted with two work modes – internal and external. Additionally, the trigger system allows you to adjust the levels between increase and decrease.

In the case of digital oscilloscopes, there is an extra step that takes place before the signal is displayed on the LCD screen. This extra step is the ADC (analog-to-digital) converter that converts the analog signals to digital information.

Overall, this reduces the device’s complexity and also makes room for more features. For instance, you will find that most digital oscilloscopes are fitted with features like complex mathematical operations and signal manipulation.

What is an oscilloscope used for?

The uses of an oscilloscope are married. The most common use of the device is to diagnose malfunctions in electronic equipment and allows technicians to understand the behavior of the voltage over time, i.e. whether it’s oscillating or not. You can also use the oscilloscope to see the time signals of a signal and its shape, which can prove to be very important in some applications. The oscilloscope can also be connected independently to each component to determine which ones are working and which are failing.

Oscilloscopes are often used to check electronics. When new equipment is designed, it is tested several times with an oscilloscope to find where a design flaw is or has been occurring. Additionally, there are also more advanced oscilloscopes that will store the variation of the signal for a long time, thereby allowing you to analyze the data any time later.

Oscilloscopes also have two more functions – sampling and triggering. Sampling is the process of converting a part of the input signal into discrete electrical values for different purposes like display, processing, and storage. The magnitude of each point being sampled is the same as the amplitude of the signal being inputted at the same time as it’s sampled.

The input waveform will look like a series of dots on the LCD of the oscilloscope. If the dots are spaced widely, it may make it difficult to interpret as a waveform. In this case, you can make use of the process known as interpolation, which connects the dots with vectors or lines. 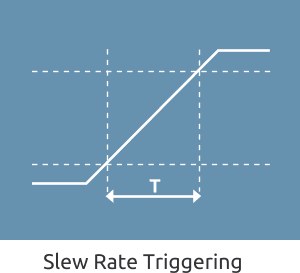 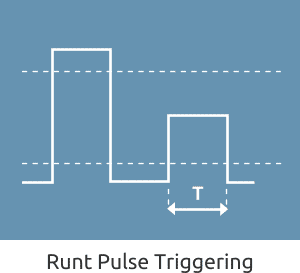 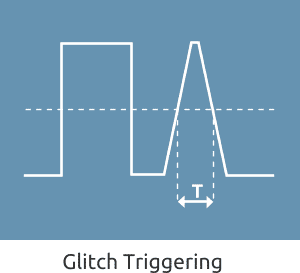 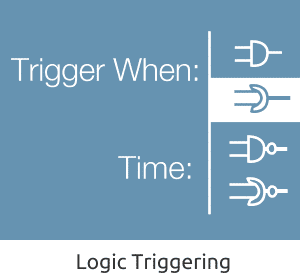 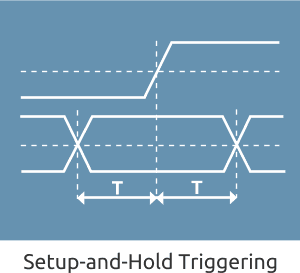 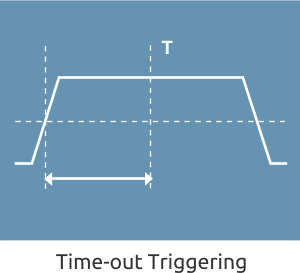 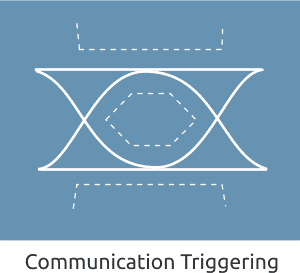 When you’re dealing with complex signals like pluses, pulse-width triggering may be needed. With the help of this technique, both the next falling edge and the trigger-level setting need to occur within a specific time gap. If these two conditions are met, it will trigger the oscilloscope.

What does an oscilloscope do?

A typical oscilloscope is fitted with four different types of systems – the trigger, display, horizontal, and vertical system. Each one of these systems will allow you to measure different things.

The vertical system will allow you to position and vertically scale the waveform; additionally, it can be used to set bandwidth enhancement, bandwidth limit, and input coupling as well.

The horizontal system will allow you to find the record length and sample rate, along with scaling and positioning the waveform horizontally.

The trigger system can be used to stabilize repetitive waveforms and span a picture of the waveform. There are also different variations of trigger systems like threshold and edge triggering that responds to specific incoming signal conditions.

If you want to collect the data read by the oscilloscope, you will require a probe. A probe consists of two main parts – the probe tip and the ground clip. The ground clip is attached to the circuit’s ground reference and the probe top can be used to poke around and measure the voltages at different points throughout the circuit.

An oscilloscope can be used for looking at all kinds of signals in several different ways. If you study electronics, you will be able to use the device to watch how the signals change in circuits over time. You can also locate faults in equipment like radios, televisions, etc. A typical oscilloscope is also fitted with probes that will let you feed in the electric currents into the device with the help o coaxial cables – however, this doesn’t mean that an oscilloscope can only be used to measure electricity.

You can also plug a transducer (a device that converts one type of energy to another) and then use the oscilloscope to measure almost anything you want to. For instance, you can connect a microphone (a transducer that converts sound energy into an electrical signal) to understand and study sound signals with the help of an oscilloscope. Or, you can also connect a thermocouple transducer (for converting heat into electricity) or a piezoelectric transducer (a device that generates electricity squeezed) to study temperature changes or vibrations like heartbeats, respectively.

What does an oscilloscope measure? 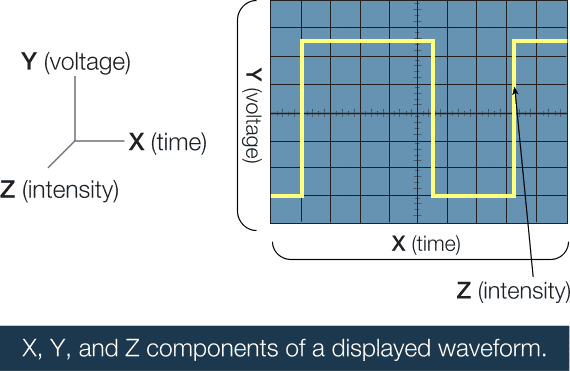 An oscilloscope is an electronic test device that’s used to display electrical signals graphically; in most cases, the voltage is represented by the Y-axis (vertical), the time is represented by the X-axis, and (sometimes) brightness of the waveform is done on the Z-axis. You will also find some applications where the vertical axes can be used for current and horizontal axes that can be used to measure other types of voltage or frequency.

Oscilloscopes can also be used to measure the response to physical stimuli like heat, light, pressure, mechanical stress, and sound in the form of electric signals. Physical phenomena like electrical, temperature, and vibrations can be converted into a voltage by a sensor. For instance, a medical researcher can use the oscilloscope to measure brain waves while a television technician can use this device to measure signals from a television circuit board. A portion of the wave that repeats makes one cycle of the wave.

Oscilloscopes can also be used for measuring applications like:

A typical oscilloscope is also fitted with different controls that will help you analyze waveforms on a graticule, which is a graphical grid. The graticule can be divided into divisions along both vertical and horizontal axes. These divisions will allow you to determine the waveform’s key parameters.

In the case of a digital oscilloscope, it will allow you to acquire a waveform by habituation the analog vertical amplifier’s signal of the input, sampling the signal of the analog input, change the samples to a digital form via ADC (analog-to-digital), store the digital data (sampled) in its memory, and reconstruct the waveform on your LCD.

How does an oscilloscope work?

Since there are two types of oscilloscopes, we’ll explain separately how analog and digital oscilloscopes work.

With the vertical deflection action and the horizontal sweeping action, a graph will be traced on the screen. 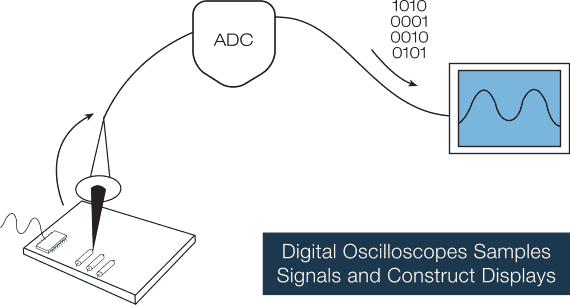 When it comes to digital oscilloscopes, the working of these devices is almost similar to their analog counterparts. However, digital oscilloscopes are often fitted with additional data processing systems that will help you collect more data efficiently in an entire waveform and then show it on the LCD.

When you connect a digital oscilloscope to the circuit, the vertical system will adjust the amplitude of the signal, similar to an analog oscilloscope. Then the ADC (analog-to-digital convertor) will sample the signal along with discrete points and convert the voltage to digital values known as sample points. The sample clock of the horizontal system will determine how often the ADC will take a sample. The sample points from the ADC are stored up in the device’s memory in form of waveform points. It takes more than a single sample point to make up one waveform point.

Why the larger waves are seen on the oscilloscope? 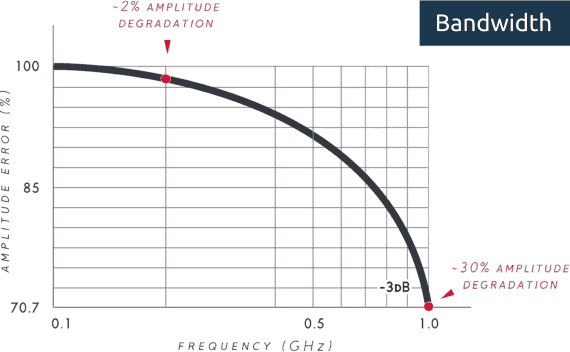 The bandwidth will determine the oscilloscope’s functionality to measure a signal. As the frequency of the signal increases, the oscilloscope’s capability to accurately display the signal goes down. This specification will indicate the frequency range that the device can measure with the utmost accuracy. According to IEEE 1057, electrical bandwidth as the point at the sine wave’s amplitude is reduced by 30% (or 3dB). In short, the bandwidth is specified at the frequency at which the attenuation of a sinusoidal input signal is 70.7% of the true amplitude of the signal.

What Is An Oscilloscope – Conclusion

Did you like our What Is An Oscilloscope article? I hope this information helped you gain knowledge about an oscilloscope as it helped me. Today, oscilloscopes are widely used as electronic test equipment and the information in this blog post will help you get started. If you have any questions regarding this topic, you can leave your comments in the comment section below. And, don’t forget to share the blog with your friends and family. 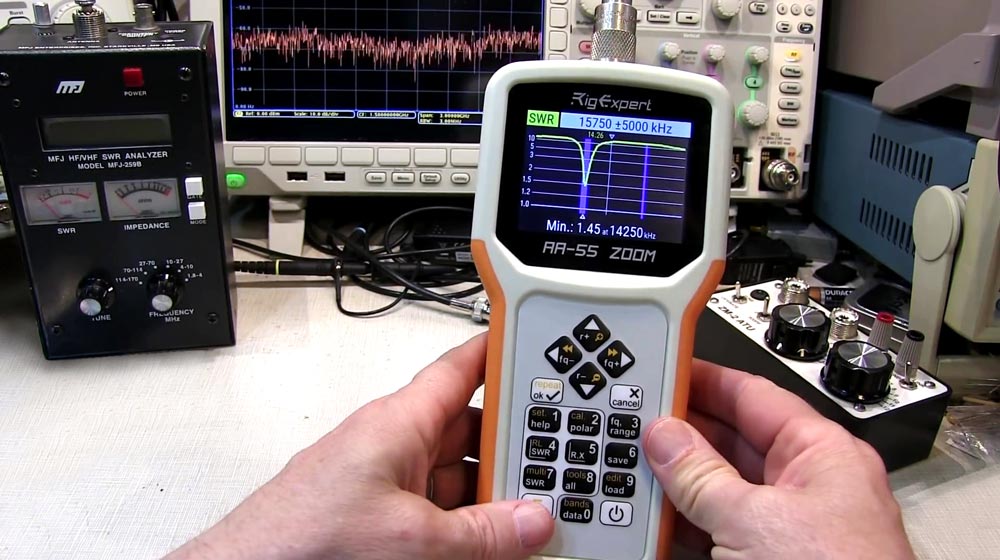 What is an antenna analyzer? 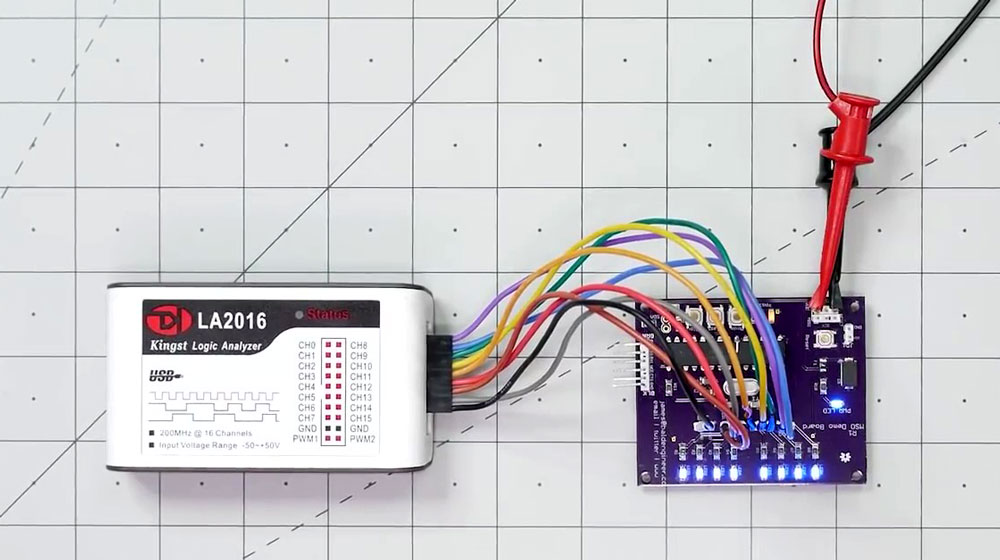 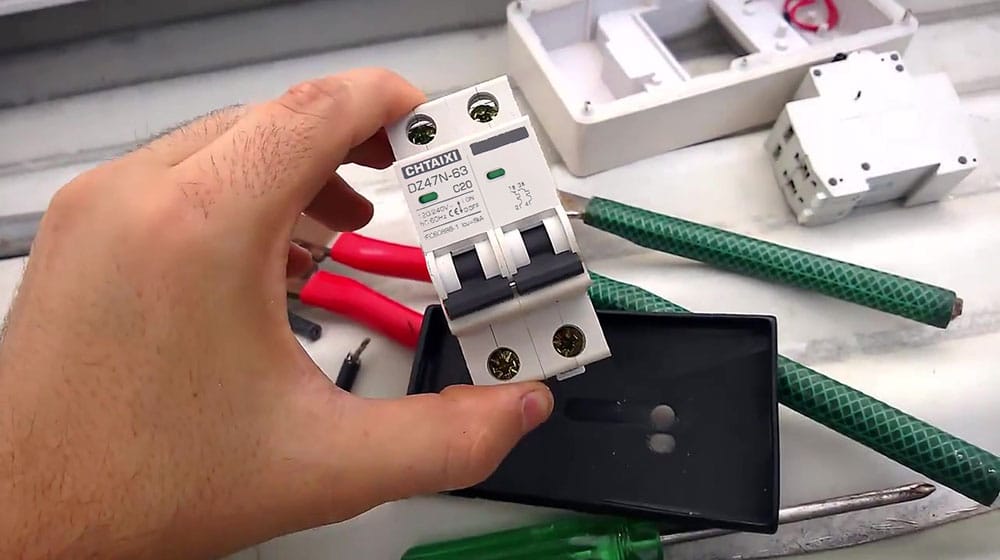 What is a double pole 20 amp breaker used for and why would you use it? 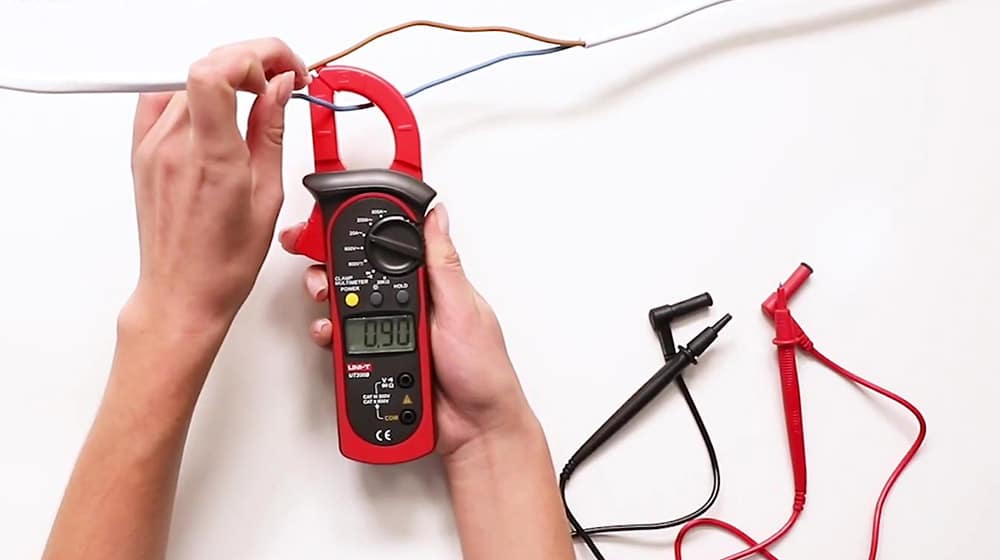